Reproductive soundness in your bull battery is just as important, if not more important to that in your cow herd. Considering your bull’s job is to cover multiple cows in a breeding season, you want to make sure he is structurally sound, in proper body condition and has passed a breeding soundness exam, indicating reproductive soundness. And, if you are using multiple bulls in a multi-sire pasture breeding situation, your need for readiness just multiplied.

“There are several benefits to having multi-sire breeding pastures,” Grimes-Hall said. “A producer can run more cows in a group to maximize the cows per acre ratio if you have multiple bulls in there, providing a cost benefit. And, more bulls will maximize reproductive efficiency because there’s not as much pressure on one bull to cover a big group of cows. Also, it’s like having an insurance policy if you have a lazy bull or if one gets hurt and isn’t getting cows settled like he should.”

Jeff Creamer and his family at Lazy JB Angus in Montrose, Colo., utilize a multi-sire pasture each summer due to the vast amount of land their cattle run on. He said they will turn out 180 registered Angus cows with five Angus bulls on 700 acres, after they have artificially inseminated 100 of the cows. He said since the cattle run in such a large area, he needs at least five bulls to make sure all cows get covered.

“The cows break up in groups like they commonly do, and with five bulls, you have a better chance of the bulls breaking away and sticking with particular groups,” Creamer said.

Creamer said they have been running large groups in a multi-sire pasture like this for years and started supplementing the herd with VitaFerm® Concept•Aid® about 10 years ago. They now, use the VitaFerm HEAT® mineral, and they experience about at 98-percent conception rate each year.

Just like you prepare your cow herd to be in proper condition prior to breeding, you need to make sure your bulls are ready to turn out. They, too, should be in good body condition – not too thin, and not too fat either. Grimes-Hall suggests transitioning their diets to “harden” them up, while converting them to a lower energy diet. If they don’t have a transition period prior to turn-out, their digestive system could be shocked, causing a crash in overall performance and their effectiveness as breeding stock may decrease significantly.

And remember that the bull’s nutrition also plays a vital role in in his reproductive performance. Grimes-Hall suggests making sure the bulls are on a high-quality mineral program to promote sperm production and reminds producers to always get a breeding soundness exam prior to turn-out, regardless of the breeding scenario.

“Your cows can be primed and ready to go, but if your bulls aren’t ready, it doesn’t matter. Remember, the sperm he breeds the cow with today was technically created two months ago so his nutrition status pre-breeding is extremely important,” Grimes-Hall reminds. This is just another reason feeding VitaFerm Concept•Aid® 60 days pre-breeding is important to the reproductive efficiency of your cow herd and your bulls.

You will also want to be sure that the bulls you plan to turn out in one group have been commingled prior to turn-out, so they are familiar with one another and have already established a hierarchy, which reduces fighting which can lead to lameness or the inability to breed cows.

“Our bulls are wintered together. That way when it is time to go to the mountain, they all go at once. It cuts down on the fighting when you turn them out,” Creamer said.

Another way to prevent bulls from fighting is to keep bulls of similar ages together. Grimes-Hall recommends keeping younger bulls together and separate them from the more mature bulls, that can be rougher.

As a registered breeder, Creamer said the biggest challenge to the multi-sire breeding protocol is the added expense of parentage testing his entire calf crop, in addition to buying top-quality registered Angus bulls. However, a commercial producer likely wouldn’t have those same financial strains.

Other factors to consider are making sure your bulls stay in good condition while they are out with the cows. If they do get too thin, you will want to think about adding some feed to their diets.

“Keep tabs on their condition while they are out. If they lose weight pretty rapidly, the first thing sacrificed is reproduction,” Grimes-Hall said.

Multi-sire breeding groups can be an efficient way to get large groups of cows bred, maximizing bull power and available space. Make sure your bulls are prepared nutritionally and reproductively to service the females and cover the ground they are being turned out on. 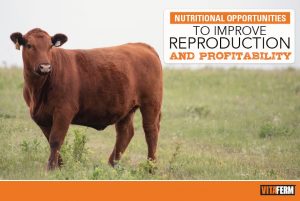 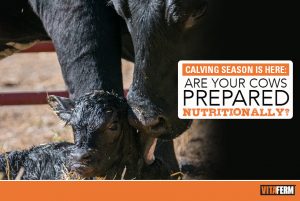