For one progressive cattleman, seeing is believing. And seeing a program on RFD-TV several years ago, has made a difference in the way Tom Carter, Reidsville, North Carolina, backgrounds and markets cattle. Carter buys 300 head of calves throughout the year that he backgrounds on grass, hay and mineral. He puts the calves together and markets two to three loads twice a year, once in June and once in the fall. Realizing the importance of mineral, he was looking for the best he could find, when he saw a show on “The American Rancher” that featured the VitaFerm® Gain Smart® Stocker Program. He’s been a believer ever since.

Carter buys fresh-weaned calves in small groups from area producers and brings them straight to his farm. As they are unloaded, he gives every calf Vita Charge® Cattle Drench. Then, the calves, of which none are bunk-broke, are put into a small pen with plenty of hay, water and Vita Charge Stress Tubs that have some feed sprinkled on them, so the calves get used to licking and eating. The VitaFerm® Gain Smart® Stocker mineral is also readily available for those calves, so they don’t miss a beat.

“I believe in minerals. I believe the most problems you have with cattle is with mineral deficiency,” Carter said. “I saw the Gain Smart Program on The American Rancher one night, and I thought I could use that. Since I started feeding Gain Smart, I’ve had less than 1% death loss.”

That was two years ago, and Carter has not looked back. He said he noticed a marked difference in his calves’ health and performance within the first two months of feeding the Gain Smart with the Amaferm® advantage. Last year, he took his mineral program to the next step with VitaFerm Gain Smart Stocker HEAT®.

In addition to Amaferm, a precision prebiotic research-proven to stimulate digestion and nutrient absorption of forage for optimum gain as well as maintain performance during heat stress, the HEAT mineral contains plant extracts proven to support animals’ ability to maintain normal body temperature, and garlic, to deter insects.

“They eat the Gain Smart well. I have virtually no foot rot or pinkeye problems at all. I love the Gain Smart Stocker HEAT that has the garlic in it. It has good fly control, Stocker HEAT does help with the fescue because we have a lot of fescue down here,” Carter said.

“I buy them stressed in the winter time and stressed in the summer time. I think the VitaFerm Gain Smart is the best mineral that is put out of any company, and it is actually cheaper than the top of the line minerals of other companies,” he said.

And he uses the fact that he feeds the VitaFerm Gain Smart mineral to his advantage when it comes time to market his calves. He sells them on a video auction and makes sure that the potential buyers know they have been on the three-step Gain Smart Stocker Program. He said for the last few years, his calves have been near the top of the sales he’s sold on.

“The cattle are healthy, look good, and I think they are getting a premium.”

That’s the difference producers, backgrounders, sellers and buyers like to see – healthy, good looking cattle that you know will convert their feed due to the Amaferm advantage. 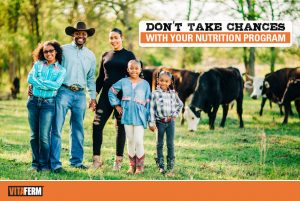 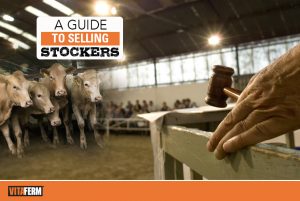