It might seem odd to think about drought as producers in the Midwest are wading through the mud just to do chores, and in the Upper Plains, “spring” calving means getting calves in from 8-10 inches of snow and worrying about frozen ears in April. Even with adequate moisture throughout much of the U.S. early in the year, drought is still a concern that will likely grow as we move into summer.

According to the National Drought Mitigation Center at the University of Nebraska on March 27, 2018, 28-percent of the cattle inventory is in areas currently impacted by drought. Much of this area is in the Southwest and in the western United States. As summer temperatures heat up in June and July, drought could take over more of the land producers rely on to raise their cattle.

However, producers have options should severe drought hit. They can cull and sell the lower-performing part of their herd; wean calves early; adjust their feeding plan; or a combination of these.

“There is not one right answer,” said Kevin Glaubius, Director of Nutrition for BioZyme® Inc. “It is best to take action as early as possible and plan ahead before you are completely out of feed.”

Take inventory of the available feed you have as soon as you know the drought has arrived. Take an honest assessment of the feed you have on hand, especially if you know that your summer grass is going to be limited.

Don’t forget to consider alternative resources like crop residues post-harvest, if there is even enough to harvest due to the dry conditions. Do you have a neighbor that farms, but doesn’t have livestock? Inquire with your neighbor about grazing those crop residues as well or grazing the crop that can’t be harvested. Keep in mind, the extra resources you might need if grazing fields. Is the field fenced? Is there a water source available or will you need to haul water? It likely will be more cost effective to graze the resources available to you rather than buying and transporting feed to your operation.

Develop a feeding strategy to fit your needs once you know which resources you do have. There is no “one size fits all” approach as each situation is different. The one thing that is the same, is each producer should have their available forages analyzed for nutrient content and know what is available of each feed you have tested. BioZyme will provide feed testing free of charge for its current and potential customers. Contact your Area Sales Manager, to find out more about this service.

Once you have had your feed resources tested, develop the best feeding plan for your available resources. Developing rations is another service you can work on with your BioZyme ASM and professional nutrition staff. Glaubius said that when feeding cows in a dry-lot situation, only three rations are necessary: 12% protein with high energy for lactating cows; 9% protein with a moderate level amount of energy for cows in late gestation; and 7-8% protein with lower energy for cows in earlier gestation that are in good body condition. Often, producers are offering excessive supplements when the forages already have 15-16% protein, and that results in wasted hay. Offer less hay and lower your DMI to make your resources stretch further but consider supplementing energy in these situations like corn or soyhulls.

In grazing situations, intake typically drops as the protein levels drop, which is why it is important to supplement protein when the forage quality is low. Even though the quality is lower, the cattle will still eat what is available to them since they are hungry.

“One of the cheapest ways to get more energy into your cows is with Amaferm®, a natural prebiotic that maximizes digestibility and thus increases the nutritional value of feed,” Glaubius said. He added there are several ways to include Amaferm into the cow’s diet, including but not limited to VitaFerm® Protein Tubs, VitaFerm Concept•Aid®, VitaFerm HEAT® and the VitaFerm Cow-Calf Mineral.

Another way to stretch your resources is to early wean your calves. Sure, it might be rough on those 200-300-pound calves at first, but with a good nutritional plan, those calves will bounce right back. And the cows, will be more productive in the future.

“I highly recommend early weaning for calves when the pastures are so short,” Glaubius said. “It reduces the nutritional requirements on the cow during the drought and prevents her from losing more weight that must be put back on prior to calving.”

With proper planning, drought can be survived. Know what resources you have available to you, and how to best provide mineral supplementation to those resources. 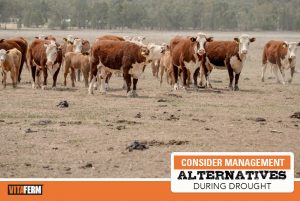 By Jack Oattes, M.S., BioZyme Inc.  Unpredictable and often extreme weather conditions are just some of the many challenging obstacles that beef cattle producers across the United States regularly contend with while working hard to supply food to a growing population.   Throughout 2021, many cattle producers have been feeling the effects of extremely dry conditions that have had a negative impact on production outcomes. These drought conditions have resulted in […] 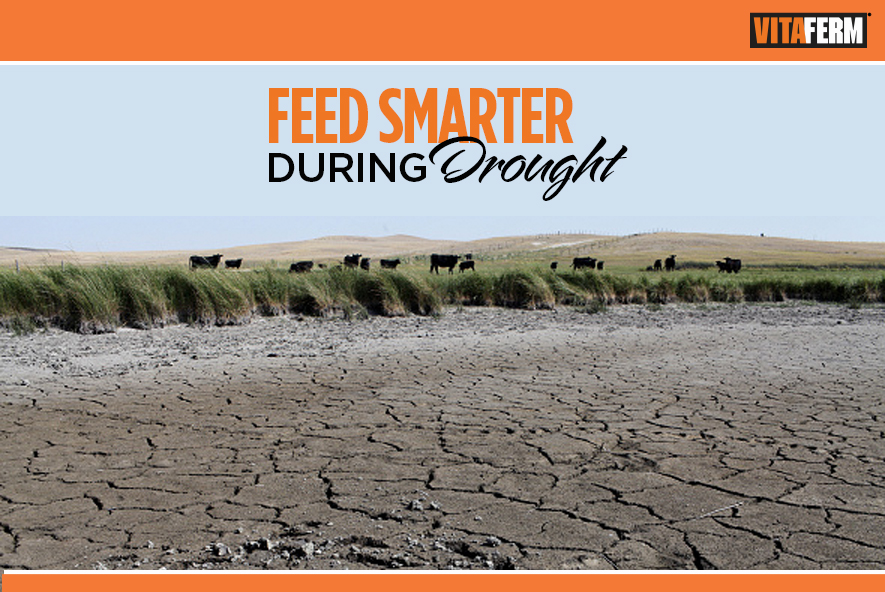 Every year Mother Nature wreaks havoc on various regions with drought. Drier than desirable conditions challenge livestock producers who depend on forages for their cattle to graze during the summer months; however, with proper planning your cattle and your bank account can survive the drought. There are several options for producers looking to survive drought. Cull and […]