Genuine. Joyful. Kind. Authentic. Colorful. These are the words used to describe long-time BioZyme® dealer and Louisiana cattle producer Arnold Hess. Hess, who succumbed to cancer in April, had been a BioZyme user, dealer and advocate for more than four decades.

“I know he’s in Heaven riding his horse and walking again,” said Missy Hess, Arnold’s wife and business partner. “He always did say, ‘I never dreamed it would be this good.’”

Together, the couple had it good, operating Hess Ranch with more than 400 cows and selling BioZyme vitamin and mineral supplements to fellow livestock producers. Arnold never met a stranger, enjoyed visiting with everyone he met and wanted to help others succeed in their livestock operations like he did with the use of good nutrition.

In addition to raising high-quality cattle with an emphasis on carcass quality and growth that weaned off heavier than other’s calves in the area, according to Missy, Arnold had a gift of storytelling and putting people at ease, perhaps one of the traits that helped him succeed in business. According to Chris Kyle, BioZyme Area Sales Manager, who spent extended time at the Hess Ranch, it didn’t matter if he had heard one of Arnold’s stories one time or 100 times, he still laughed as hard at the 100th telling as he did at the first telling.

“His main goal in life was to make people happy, and I think he did it,” Chris said.

In addition to sharing a story and a laugh, being hospitable was one of Arnold’s characteristics. Alan Lee, his former BioZyme ASM and current Director of Domestic Business Development, recalls that Arnold and Missy always set up hospitality wherever they were. This gesture included boudin, hog head cheese, whisky, beer and other snacks and drinks. The boudin even made it all the way to Saint Joseph, Missouri.

“The first time I ever met Arnold in person, was at one of the first dealer retreats,” said Dan Delaney, long-time BioZyme employee who used to help Arnold with his orders long before ASMs, internet or cell phones. “I heard his voice coming all the way down the hallway from the front of the building to where my desk was at the time, and I knew the voice right off from our many phone calls. He brought me some boudin and hog head cheese. I never had it before or since then.”

But the hospitality Arnold and Missy shared extended beyond a pork and rice Cajun sausage. Their hospitality was so well known and appreciated that the early-day BioZyme delivery drivers would argue about who got the privilege of delivering mineral to Morganza, Louisiana.

“Our drivers would squabble about who got to make the Louisiana run because Missy would always have dinner or at least dessert for them,” said Dennis Delaney, who also provided sales and customer service to Arnold in the early years.

Dan recalls that Arnold would routinely order the same products for his customers, and if he forgot something, Dan could remind him of a product that he might need, and Arnold always appreciated the reminder. He showed his appreciation too. He would occasionally send the truck drivers back with a gunny sack full of pecans freshly picked from Arnold’s pecan grove for Dan to have and share. Dan enjoyed working with Arnold, even if it meant scheduling trucks around hurricanes or going back and forth about slight price increases.

“He told me one time when we had raised prices just a few cents a bag, ‘a wise man once told me if you mind your pennies, you don’t have to worry about your dollars,’ and I never have forgotten that,” Dan said of about one of his conversations with Arnold.

One of Arnold’s favorite stories was telling about his acting career. He played the role of a sheriff’s deputy in the 1969 movie “Easy Rider,” starring Peter Fonda and Jack Nicholson. He would often introduce himself by saying, “I’m a movie star.”

Chris was able stop by the 50th anniversary of the film and spend some time with Arnold, as he enjoyed the day in the limelight.

“That was a pretty neat day; 6,000 or 7,000 motorcycle riders that came to that little town, and he signed autographs,” Chris shared.

“I learned passion for life from Arnold. He always had it every time I saw him,” said Lisa Norton, BioZyme’s President and COO.

That passion was part of who Arnold was from his family to his cattle, to his heritage. His passion ran deep and is something that the cancer never robbed of him. Missy recalls that he would still ride around with their hired men who are much like family, long after his legs had given out, to check on the land and the cattle.

“He put everything he had into everything he did; that is just who he was. When he got involved with BioZyme and got the results that he got, he couldn’t keep it to himself. He told everybody. If somebody had a cow, regardless if it was one or 5,000, he told them about the products. That was just Arnold. We were lucky to have him, but it wasn’t just BioZyme. It was everything he was involved with whether it was his family, his kids, his grandkids, his cattle, whatever he was doing, he was passionate about it,” Chris said.

Those of us who knew him were more than lucky. We were blessed. And as Missy reminded us, he had another favorite saying, “And I think tomorrow will be even better.”

We know our tomorrows are even better thanks to Arnold and his stories. And we know he’s riding herd amongst a thousand hills. 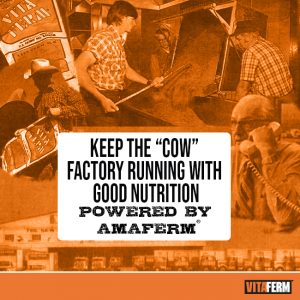 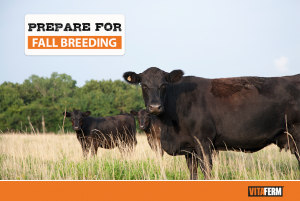