Protein is critical to the performance of all beef cattle, and like other key nutrients it is required for bodily functions such as maintenance, growth, lactation and reproduction. Given that feed commodity prices, specifically protein sources like soybean meal have reached near record high prices in recent months, coupled with the fact that feed costs typically account for more than one half of total costs in a typical beef cattle enterprise (Miller et al., 2001), producers should be increasingly concerned with the optimization of their feedstuffs without sacrificing resulting livestock performance. Amaferm®️ is a prebiotic designed to enhance digestibility by amplifying the nutrient supply for maximum performance. It is research-proven to increase intake, digestion and absorption.

Protein requirements in beef cattle differ based on the stage of production. Young, growing cattle, as well as cows that are in the late stages of pregnancy or lactation require increased levels of protein. These requirements are expressed in terms of metabolizable protein, and this system effectively accounts for the rumen degradation of dietary protein by the rumen microbiome, as well as the needs of the animal itself. The animal’s requirement includes three parts: microbial protein, ruminally undegradable protein and endogenous protein. Microbial protein is synthesized by the rumen microorganisms from nitrogen sources and other ruminally degradable carbohydrates, the resulting amino acids are then digested in the abomasum and absorbed in the small intestine. Ruminally undegradable protein is comprised of peptides and specific amino acids and is absorbed in the small intestine as well. Often times, high forage beef cattle diets with sufficient digestibility can supply enough microbial crude protein to supply upward of half to nearly all of the animals’ metabolizable protein requirements. Amaferm has shown to increase microbial protein synthesized in the rumen by 37% in low forage diets, and by 25% in high forage diets (Gomez-Alarcon et al., 1990). These figures should excite producers who are looking to increase efficiencies within their feeding program.

Producers have options when it comes to adding Amaferm to their herds’ diets. All VitaFerm® and Gain Smart® vitamin and mineral supplements come with the Amaferm advantage. In addition, Amaferm can be added directly to a TMR to help maximize the nutritional value of all feedstuff in the diet. To learn more about purchasing Amaferm or any of the VitaFerm or Gain Smart minerals, contact your BioZyme Area Sales Manager.

Amaferm is a management tool that arms producers with the ability to achieve like performance with less inputs, and when feed protein prices are relatively high, this technology can pay even bigger dividends. 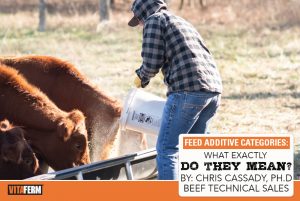 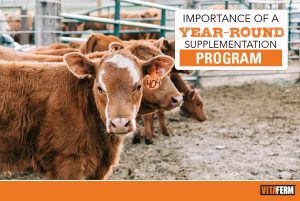