Entering a feedlot is a stressful time, and many producers will administer antibiotics metaphylactically to prevent unwanted sickness due to stress, change in diets and environment. One often forgotten side effect of giving antibiotics when they are not needed or overusing antibiotics is their potential negative effect on the beneficial microbial population residing in the digestive system. A common side effect of prolonged antibiotic treatment is a reduction or slowing of the growth rate of these important microbes. While antibiotics are necessary in certain cases, providing a good nutrition program is often key to preventing the need for antibiotics to treat sickness. That is where Amaferm®, is a prebiotic designed to enhance digestibility by amplifying the nutrient supply for maximum performance. It is research-proven to increase intake, digestion and absorption.

Amaferm is research-proven to combat stress by supporting the animal’s own immune system, significantly increasing intake and nutrient utilization. Research shows that Amaferm helps support increased numbers of rumen bacteria and helps maintain a diverse population in terms of species, which is fundamental to a healthy animal.

Kevin Glaubius, Director of Nutrition for BioZyme® Inc., says it is important to get Amaferm into the calves entering the feedlot on day one to help eliminate stressors, minimize the period of low feed intake and help bacteria adapt to dietary changes so they don’t get sick and won’t need the antibiotics. The best way to do that is using Vita Charge® Drench at receiving. The Amaferm in Vita Charge helps the rumen adapt to a changing diet and keeps cattle healthy.

“By using a comprehensive program that include Amaferm and delivery technologies like Vita Charge Drench and/or Vita Charge Stress Tubs we believe it is possible to significantly reduce the number of cattle requiring treatment,” Glaubius said.

Glaubius offers some key takeaways from a Kansas State University trial. Although the effects of the Amaferm were dependent on the antibiotic used and the species of bacteria that were studied, Amaferm did have positive impact on the antibiotics commonly used to treat sickness in receiving pens. This occurred by allowing the growth rates of important species of rumen bacteria to more closely resemble the growth rates of bacteria in the non-antibiotic controls.

“Some of the antibiotics we looked at in the study stopped growth of some of the microorganisms that aid in digestion, which could have a negative effect in the overall performance of the animal,” Glaubius said. “The simple fact is that feed-through antibiotics have an effect on more than just the disease organism, which is why prevention is key to avoid the need for mass treatment. Also, the trial showed that adding Amaferm improved the growth rate of fiber and lactate digesters even in the presence of antibiotics that were shown to suppress these important bacteria. Therefore, Amaferm helped moderate the negative effects of the antibiotics. As a result, producers should expect improved feed intake and digestion when used together.”

It is important to take a proactive approach to health and nutrition when starting new cattle in the feedlot. Making sure your calves receive the Amaferm advantage from day one will help them stay healthy, increase intake and absorb nutrients, and help prevent the need for treatment and supporting those animals that do require intervention with the negative effects of antibiotics.

For more information about Amaferm advantage and how to add it to your nutrition program, visit http://biozymeinc.com. 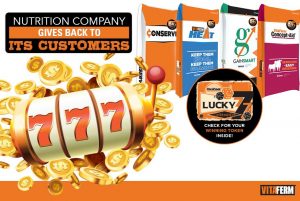 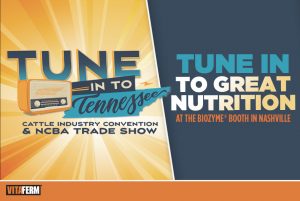