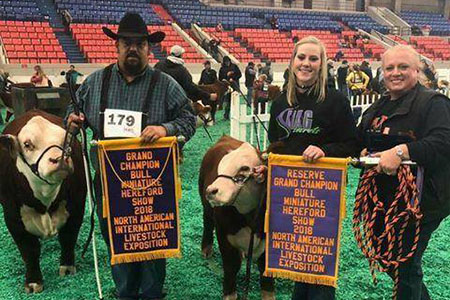 “People send me their problem cows, we put them on VitaFerm®, usually the Concept•Aid® Tubs, get them back where they need to be, and we send them home bred 90 days later. In the last two years, I have failed to send one cow home open out of nearly 100 that we’ve bred, and I have 100% first round A.I. conception rates on heifers and cows. Someone once told me that Concept•Aid was too expensive, so I did the math for them, based on daily consumption versus what they were feeding. It was going to cost them less than two cents per day, per cow to switch to Concept•Aid. How bad do you want your cows bred if it isn’t worth two cents per day?