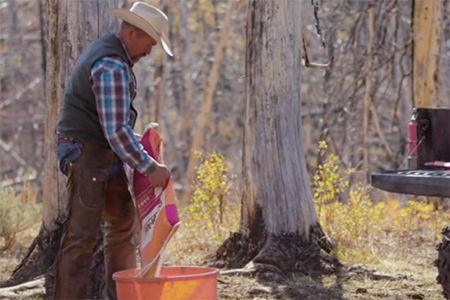 “I’ve been feeding VitaFerm® Concept•Aid® for two years. Last year I was set to start calving April 3, but got a few calves starting around March 28. Since we are in big country, I rotate my cows about every two weeks, so I calve in one meadow for two weeks, then move my heavies to another meadow so my older calves aren’t mixed in with my younger calves for scour prevention: a modified Sandhill Scour Calving Method. So usually, some cows are right next to my bulls during a period of that time. It’s no big deal, and for years, it’s been that way. This last year, for whatever reason, the bull decided that he was going to crawl a couple fences to get into my first group on around May 15. He was in there one day, maybe one and a part of a day, and there were 200 cows in there. I’ve calved out eight of these cows. They were bred between 22- and 41-days post calving. When I do my math, my cows were 80% cycling and catching, within an average of 30 days of calving, which is pretty amazing in this rough country.”